The Role of the Sponsor 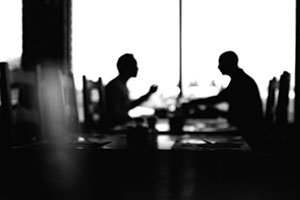 "To whom much is given, much is expected"

Such is the role of the sponsor.  It's not a competition of signing up the most people to make a weekend but rather it begins with a conversation with God about the person you've been praying about.

It continues through the relationship you build with that person as you get to know his/her journey with Christ.

Then when God calls you to be his leaven, it's about taking full responsibility for the candidate and leading them through the Cursillo method.

The method is not the weekend.

The weekend is only the beginning as you will be integral in cultivating the candidate/Cursillista in Piety, Study, and Action by nurturing his/her fourth day with prayer, palanca, group reunion, Ultreya, and Pilgrims Path.

Click the articles bleow  to read more about the role of a sponsor:

The Sponsor's Booklet.
The Cursillo Movement - What is it? (Your candidate should read this before he/she comes to a weekend)
Guidelines for Sponsoring Married Couples

Finally, it's all about prayer.  It's about asking God to use you to the best of your ability to be Christ in the world.  You may be called to be a sponsor, you may not be. You may just be asked to pray for the candidates or cultivating good relationships with potential candidates. 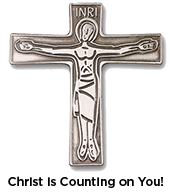 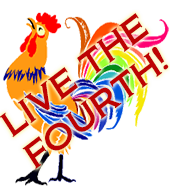 All weekends will be held at St. Joseph Retreat and Conference Center in Tipton: 1440 W. Division Rd.Tipton, IN 46072 (click here for directions)

How do you orient your life towards God?  Is every moment of your life framed within God's divine plan?  Read more about Piety, one of the tools of the Cursillo movement that helps shape your Christian life.

How do you form an authentic apostolic formation in life?  Click the link below to find out how study of our ourselves and what God has made us transforms us into knowing God, our Savior.

How does one evangelize the world?  One heart at a time.  By transforming ourselves and helping others see the face of God in our lives and in their lives.  Click below to read more about apostolic action.

Every month we'll feature a Cursillista in a two minute video describing his/her walk with Christ.  It's purpose is to inspire and encourage all who journey with Christ. This month we feature Fr. Glenn O'Connor, Co-Spiritual Director of the Central Indiana Cursillo Center.

© Copyright 2013, Central Indiana Cursillo Center. All rights reserved. | This email address is being protected from spambots. You need JavaScript enabled to view it.